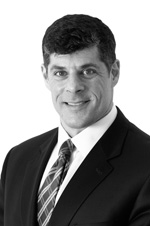 Throughout his career, Mr. Kimmelman has been involved in approximately $10 billion worth of transactions as both a principal and lender. Before joining Macklowe, he was involved in merchant banking activities with a major Wall Street investment bank. Previously, Mr. Kimmelman was a senior originator with an international real estate banking organization where he was responsible for closing over $6 billion of originations. Earlier in his career, Mr. Kimmelman spent five years with Macklowe as the company’s VP of Finance & Acquisitions.

Mr. Kimmelman attended Columbia Business School, where he achieved an Executive MBA and was a member of the Beta Gamma Sigma Honor Society. Mr. Kimmelman also has a BA from Cornell University’s School of Hotel Administration.